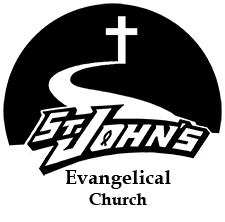 One of the things you may not know about me is that I love poetry, especially American poetry. Anne Bradstreet, the Puritan poetess, showed me how to combine faith with learning and insight to create beauty and art. Once I was hooked on good poetry, that new love took me outside of my comfort zone and introduced me to new (to me) voices. One per- son that resonated with me and so many others was Walt Whitman, whose work was introduced to me through popular culture (the Robin Williams’ movie Dead Poets Society) as well as scholar- ly pursuits.

Some have dis- counted

Uncle Walk, as he is affectionately known to me, be- cause of his lifestyle, beliefs, or even his wild, un- tamed coif. Still, he speaks to something greater and deeper in his works. He understood America in a profound way too. In many ways, he captured our national motto e pluribus unum (“out of the many, one”) in free verse by celebrating the individual who is then part of a greater whole.

While Whitman was known for long and expansive poems, one of his best and most beloved works cov- ered eleven lines and captured the idea of diverse in- dividuals being bound into the greater whole of this land. That poem was I Hear America Singing andwas published in 1860 in Whitman’s collection of poems Leaves of Grass.

I hear America singing, the varied carols I hear;

Those of mechanics–each one singing his, as it should be, blithe and strong;

The carpenter singing his, as he measures his plank or beam,

The mason singing his, as he makes ready for work, or leaves off work;

The boatman singing what belongs to him in his boat

–the deckhand singing on the steamboat deck;

The wood-cutter’s song–the ploughboy’s, on his way in the morning, or at the noon intermission, or at sundown;

The delicious singing of the mother–or of the young wife at work–or of the girl sewing or washing– Each singing what belongs to her, and to none else;

The day what belongs to the day–At night, the party of young fellows, robust, friendly,

There is much that can be said about this poem, but I want to focus on just a couple of attributes. One, for a work penned in the mid-19th century, it was rather progressive and forward thinking. While dated in some of its terms, the poem includes the work of women on par with their male counter- parts. Whitman had this wonderful sense that all work and its varied workers should be esteemed on par with one another. He saw equal value and beauty in the diverse people of whom he wrote at a time when people divided individuals based on class, gender, and race. Even those who wanted at best to what amounted to “equal but separate” in many spheres came no where close to what Whit- man envisioned and to what he challenged his read- ers aspire.

Think about the setting into which this work entered the public consciousness. The nation set on the cusp of civil war—then nation was figuratively at each’s others throats and would literally be so shortly. Whitman himself knew that his beliefs and attitudes and behaviors could very easily leave him ostracized from many in society, and yet he believed in his fellow man. That’s the second thing I want to point out in this poem: the incredible optimism that undergirds this work. Uncle Walt refused to give into cynicism in spire of man’s inhumanity toward man displayed in the thoughts and attitudes of the day along with the sup- port of the “peculiar institution” of slavery.

Walt Whitman heard America singing long ago. To me, his work challenges me to hear similar songs in this day. Christ, when He walked this earth, valued contributions and faith from people who appeared to be outside of the covenant. Can I do the same as Un- cle Walt and my Savior? In spite of all her flaws,

Whitman believed in America and her people. De- spite our fallen nature, Jesus saw the best in us.When Jesus delivered the Great Commission, which is part of the backdrop for our current sermon series, in Matthew 28:16-20, the scripture says in verse 17, the disciples “worshiped Him; but some doubted.” And still, Jesus entrusted the work of building the kingdom to those eleven guys. Do I still believe in our nation as Whitman did? Do I have the faith in my fellow kingdom workers as Jesus did?

Our world is fraught with many perils, dangers, and snares. All too easily, we could become a group of cynics who retreat to the safety of our sanctuary. Or, we could choose a different attitude and stance. We could listen and hear America singing. We could find beauty and dignity in others, even those that dis- agree with us.

We can refuse to assign blame or to cast aspersions on others. We can start to that within the household of God. The theme of our current sermon series is about discovering our personal inclinations spiritual- ly, but the majority of the time will be about recog- nizing and celebrating those who have a different bent from ourselves. In rejoicing and celebrating those different from ourselves, we also acknowledge that they add something to ourselves and more im- portantly to the body of Christ.

We need each other. In these times we, DESPERATELY need each other. Any one of us who stands on our own or in our pride is destined to fall and to fail tragically. Our only hope is first and foremost in Christ from a vertical standpoint. Horizontally, our

hope is in standing together. We must zealously fight to defend one another’s dignity and contributions to the greater. We must begin to hear and understand that within the Church, and then we must begin to articulate that to the world through our actions as much as our words.

Ultimately, we want to move this conversation into the wider spheres of our community and our world. We need to proclaim a modern retelling of I Hear America Singing. Again, as we shift our attitudes and our inclinations, we need to give new life to these new beliefs. We need to demonstrate tangibly as often as we speak of our insights and our values. We need to be the salt and the light of which Jesus spoke in His Sermon on the Mount (see Matthew 5:13-16).

In other words, we need to swim against the tide as Jesus did in His life and ministry and as Walt Whit- man did in his life and writings. Where others want to divide over differences and to halt progress, we want to draw others together in the unifying force of Christ’s love and we want to initiate new and pro- found expressions of that love that will bless our communities for generations to come. Pursuing love is harder than pursuing hate just as it is harderto be a peacemaker than it is to be a person of wrath and anger. Still, what last longer? The empire that crucified Jesus fell while His kingdom lives on; the anger and hatred of Whitman’s age has dimmed though it flares up in our generation yet Whitman’s words shine brighter and have more force of a hundred who would oppose him.

May we stand in love and seek unity. May we find beauty in one another, especially those different from us but equally called into the household of God. 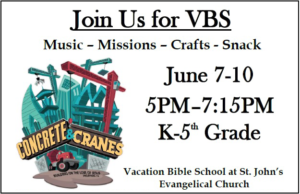