Every year, when the calendar changes, we always check to see when Easter will be. Being that it moves, this is always important as it impacts so much of our spring programming, worship, and other ministries. This year is one of those times when Easter falls on April first, which often receives some sideways glances and smirks. One person even remarked to me, “Wow. That seems odd. How did that happen?” 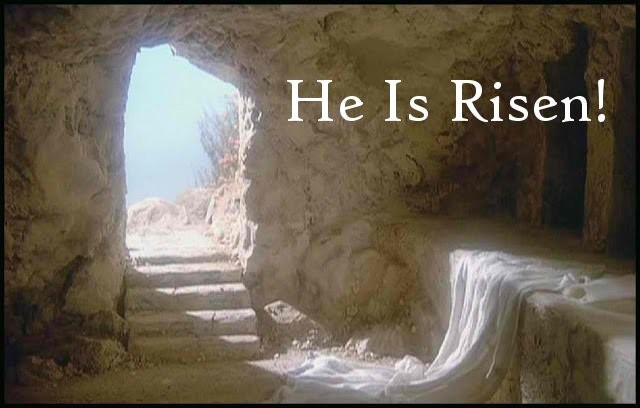 This conversation occurred when I was out and about day and having coffee at a local establishment. Rather nonchalantly, I took another sip from my mug. Others, who knew I was a pastor and had been eavesdropping on our conversation, leaned in to hear my response. My response: “Oh, I think it’s the perfect day to have Easter.” Now, everyone was on the hook. “April Fools’ Day and Easter should be intermixed?” I could almost see the thought bubbles over their heads as I watched the gears of their minds grind on that for another moment.

I continued, “After all, Easter was the greatest practical joke of all time…” (another pause for dramatic effect; now, wait for it) “…on the Devil, that is.” At that, there was another pause as people chewed on that juicy little morsel, which was followed by laughter and a “You’ve got that right” or two.

That is the truth of Easter. It’s actually a great practical joke on the Devil. He thought he had Jesus, the Son of God in the grasp of his sweaty, little claws, or hooves, or whatever he has at the end of his limbs. If he could kill the Son of God, he could assault the Godhead, and he could end the hope of humanity. With the death of Jesus, the gulf between us and God would remain fixed. There would be no Final Solution by God. Instead, the Devil would author our fate and hold the upper hand. If Jesus could be held in the tomb and the grip of Hell, the Devil could reign and impose his will on the earth.

Instead, well, if you are reading this, you know the rest of the story: Jesus broke the chains of sin and death. The Devil is a fool because he should have known that the end was coming, but somehow he missed the clues in the Old Testament. He misunderstood the prophecies. In fact, the first one was uttered in the Garden of Eden (see Genesis 3:15). Still, there were more clues littered throughout the pages of the Old Testament. If that were not enough, Jesus walked this earth and spoke of how He would win the victory, and it was by subverting the plans of the Devil!

Then, in verse 33, John adds that this was said by Jesus to speak about the kind of death that He would die. And this was not the first or only time Jesus did this, and yet the Devil ignored. 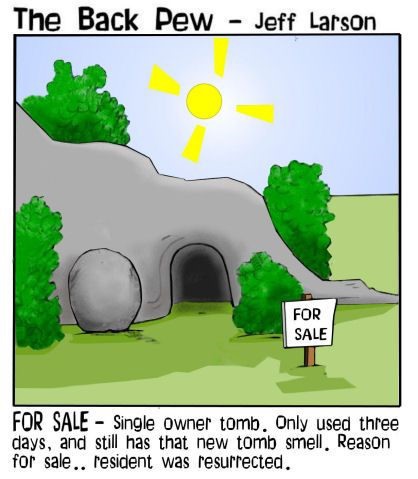 And that makes the Devil a great fool if not the greatest fool of all time. In his arrogance, he thought he knew better. Like every gambler, he thought he had a system that could outsmart the makers of the rules. As every gambler learns, the house always wins. There, the odds are in the favor of the house. In this instance, you cannot outsmart God.

For that, the Devil is a fool, but he is also impotent. If you read the book of Job, you will see in the opening chapters, that Satan goes to and fro before God. In the order of the cosmos at the time, Satan himself would stand before God at times. However, that all changes while Jesus walked this earth. After having sent the seventy-two out, Jesus had a vision that He relayed to the disciples upon their return.

Satan lost his power during Jesus’ years of ministry. While Satan may still be “the prince of the power of the air” (Ephesians 2:2), he has no true power. He is lost and flailing about like an animal mortally wounded and bleeding out—all signs point to death, but still the soon-to-be corpse thrashes violently. That is Satan—an impotent fool, who has lost the battle. He just has not finished thrashing about.

On Easter, we may boldly proclaim, “Christ is risen!” with the response by all, “He is risen indeed!” The victory is ours in the future but also NOW!!! In this life, we may have suffering (see Romans 5:1-5), but we have a new life in Christ. We are called to live differently than the world. We are called to follow in the footsteps of our Savior, and sometimes that means suffering and sacrifice, and all that taking up our cross and following Jesus stuff (see Mark 8:34-35).

Still, many people think they know better. Perhaps, that was you at some point. Perhaps, that is you today if you are only playing with your faith or manipulating it to fit your needs and desires. If that is true, you are like the Devil and a fool. However, if you ‘get’ the joke of Easter Sunday, then you can leave behind your foolishness and laugh heartily with God.

In some older traditions, the Sunday after Easter was a time for laughter and levity. It may have been a response to the season of Lent and its drudgery at the time. It may have been an understanding of God’s great practical joke on Satan. It had within it the understanding that God wants our lives to be filled with joy. He wants us to have joy when we live His way. When Satan
flails at us, suffering occurs, or mission and ministry is hard, we should still find joy in walking in the way of our Savior. 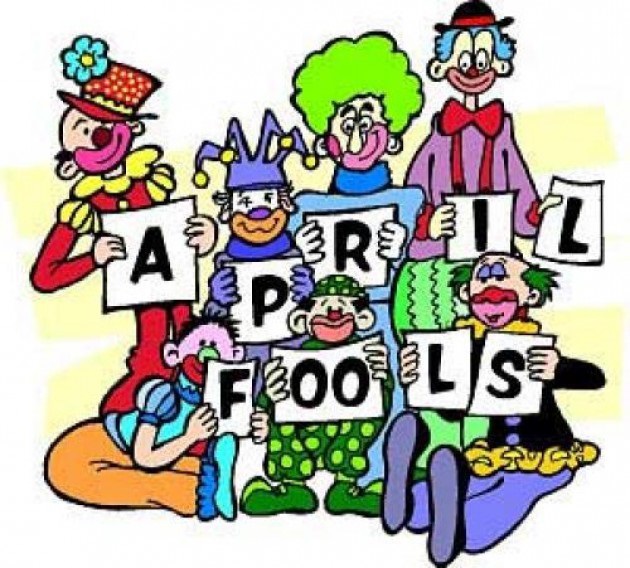 So, let Easter be filled with joy and laughter for all the reasons we celebrate the day and the season, but also because we get the joke on this April Fool’s Day!