Hymn Spotlight: Jesus Paid it All

Jesus Paid It All was written under unusual circumstances. Did your mind ever wander during a Sunday service? Perhaps you started thinking about other things–maybe what occurred last week, or plans for the coming week or what you will be doing later that day. Something like that happened to the writer of a familiar hymn.

On a hot summer Sunday morning in 1865, Mrs. Elvina Hall (1820-1889) was found in her accustomed place in the church choir loft. But as the pious words of the Reverend Schrick’s prayer droned on and on, her thoughts drifted to other things. She pondered the meaning of the cross, and the storied scene flashed before her mind’s eye. High upon a rocky crag, three crosses scarred the afternoon sky. On the outer gibbets, hung two notorious thieves. Below, Roman soldiers drank and gambled, waiting for death to overtake the poor wretches suspended above them. It was a public execution, but far more significant than they imagined at the time. Suddenly, the air grew dense and an eerie darkness invaded the scene. As the soldiers gazed about them in superstitious dread, a triumphant cry pierced the gloom. It came from the figure on the center cross. One word, in the Greek tongue: “Tetelestai!” Then He was dead. That shout of victory Christ uttered as He died is usually translated “It is finished!” (Jn. 19:30). But it had another meaning back then. It was an accounting term. When a bill was paid, it was commonly stamped with the word “Tetelestai,” meaning Paid in Full. And that is precisely what the death of Christ accomplished. “[He] bore our sins in His own body on the tree,” says Peter (I Pet. 2:24). “He Himself is the propitiation [the full satisfaction of God’s justice] for our sins, and not for ours only but also for the whole world,” (I Jn. 2:2). The groaning weight of all the world’s sin was laid on  Christ at Calvary. He bore it in our place. As the pastor’s prayer continued, finding she had no paper to write on, Mrs. Hall took up her hymn book and, turning to a blank page inside the cover, she began to write. Afterward, she presented the pastor with some simple lines of poetry–not likely telling him when they were written! Glancing at them, the pastor was reminded of something that had happened just that week. The church organist, John Grape (1835-1915) had composed a new hymn tune, with no words in mind. He passed it on to Pastor Schrick, suggesting they might find a use for it in future. Stepping into his study, the pastor laid Mrs. Hall’s poem next to the lines of music. In surprise, he saw they fit one another like hand in glove. “Indeed, God works in mysterious ways!” he thought. (Little did he know!) The words and tune have been partners ever since, in the hymn, “Jesus Paid It All.” Through the song, we confess our inability to save ourselves, and our utter dependence on what Christ accomplished on the cross.

“Nothing good have I / Whereby Thy grace to claim— / I’ll wash my garments white / In the blood of Calv’ry’s Lamb. / And when, before the throne, / I stand in Him complete, / ‘Jesus died my soul to save,’ / My lips shall still repeat.” The refrain emphasizes the “paid in full” value of the cross. “Jesus paid it all, / All to Him I owe; / Sin had left a crimson stain, / He washed it white as snow.” That is the gospel of grace–that God, in love, did for us what we could not do for ourselves. “The wages of sin is death, but the gift of God is eternal life in Christ Jesus our Lord” (Rom. 6:23). “God so loved the world that He gave His only begotten Son [to die in the sinner’s place], that whoever believes in Him should not perish but have everlasting life” (Jn. 3:16)–because Jesus paid it all. Tetelestai! Paid in full! 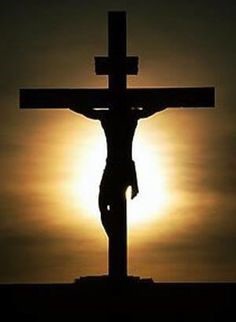