After what I owe to God, nothing should be more dear or more sacred to me than the love and respect I owe to my country. -Jacques Auguste de Thou 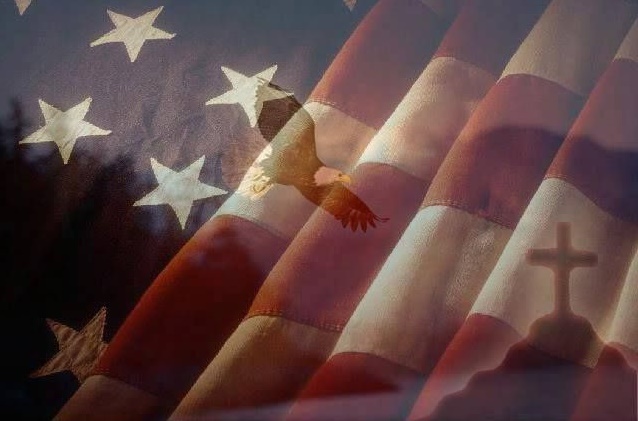 They wrote the words and music to “America the Beautiful,” but Katharine Lee Bates and church organist Samuel Augustus Ward never met……they never even corresponded about the accidental collaboration that became one of the nation’s sentimental anthems. Ward had originally written the music “MATERNA”, for the hymn “O Mother dear, Jerusalem” in 1882, though it was not first published in 1892. The music combined with this poem was first published in 1910 and titled America the Beautiful. Ward did not live to see this song become a piece of the national fabric.

Miss Bates’, a single mother, had stressed the importance of education…..so her daughter went on to college (quite an accomplishment of the time) and then went on to be the head of the English Department at Wellesley College in Massachusetts (another great accomplishment for a young lady of that era). The poem was written as Miss Bates was on a train trip out west in 1893 – headed to a Colorado Springs College to teach summer classes – a very brave undertaking for a young, single lady of the times. Several of the sights on her trip inspired her, and they found their way into her poem, including the World’s Columbian Exposition in Chicago, the “White City” with its promise of the future contained within its gleaming white buildings, the wheat fields of America’s heartland in Kansas, through which her train was riding on July 16, and the majestic view of the the Rocky Mountains as well as the Great Plains from high atop Pikes Peak.

Miss Bates originally named the poem “Pikes Peak.” She was known for being humble, and casually referred to the poem as “A the B.” She made only $5 profit from its initial publication in the 1895 Fourth of July edition of Congregationalist, a weekly church publication. The lyrics were revised in 1904 – and final additions were made to the poem in 1913.

Each time we join together in singing the vividly descriptive lines of “America the Beautiful,” we are moved emotionally as we contemplate the wonders of our great nation. The scenic beauties, the courage of the early settlers, and the sacrifices of heroes in battle all stir us to avid appreciation of our country’s heritage. But this national hymn does more than inspire us to praise our great nation. It also encourages us to pray for it. Each stanza is completed with an earnest plea for God’s grace, God’s healing, and His refining until we as a people achieve true brotherhood law-abiding control, and nobility.

The author felt deeply about the message of her patriotic hymn:

“We must match the greatness of our country with the goodness of personal godly living. If only we
could couple the daring of the Pilgrims with the moral teaching of Moses, we would have something in this
country that no one could ever take from us.”

– Just as Bates had been inspired to write her poem, Ward, too, was inspired. The tune came to him
while he was on a ferryboat trip from Coney Island back to his home in New York City after a leisurely summer day and he immediately wrote it down.

As we consider this hymn we are reminded that America owes its birth to the living, vital, and dynamic faith in God that our founding fathers demonstrated. There is a real need today for a return to such a national dependence upon God as well as a renewed pride in our wonderful land. This song will be played at many parades this Fourth of July, and at other gatherings or in congregations during their worship service. Let’s give thanks to God for the noble heritage and the many beauties of our great country He has entrusted to us. Raise your voice in praise to God and country.